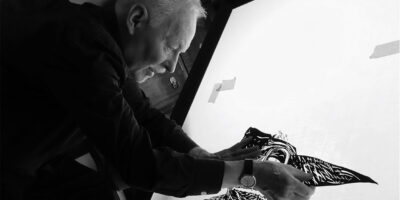 Glyndŵr Award with Clive Hicks-Jenkins
1pm Friday 23rd August
The welsh artist, Clive Hicks-Jenkins, is the recipient of this year’s Glyndŵr Award for an Outstanding contribution to the Arts in Wales. Having started his career as a stage director and choreographer, Clive turned to painting in the early 90s. His exploration of landscape, both inner and outer, has brought about a wealth of emotionally charged works that hold narrative at their core.

Clive will be awarded with the 2019 Glyndŵr Award before delivering a talk on his latest work, Hansel and Gretel,a collaboration with the new poet laureate Simon Armitage, re-imagining the Brothers Grimm tale with new contemporary interpretation and focus. Armitage’s extended narrative poem alongside Clive’s powerful illustrations create a ‘darker, glittering Hansel & Gretel fairy story for the 21st century’ in which ‘refugees, bombed villages, homelessness, [and] a landscape where nothing is quite as it seems’ gives rise to a story of ‘humanity, humour and hope’. The original illustrations for this collaboration will also be exhibited in our gallery throughout the Festival. 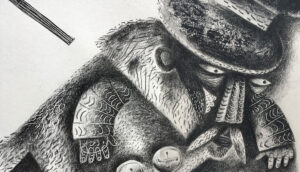 Clive has delivered his art through the medium of painting, drawing, printmaking, ceramics, maquettes, artist’s books, and animation, proffering a rich and varied body of work that he has since exhibited across the UK, with his works in multiple collections including our own Tabernacle Collection. Clive has been a member of The Welsh Group for almost twenty years and in 2011 his work was celebrated in a hugely successful retrospective at the National Library of Wales, Aberystwyth where he is an Honorary Fellow. Despite its varied incarnations, Clive’s work has often returned to depictions of welsh landscape, culture, and tradition, such as his early thematic collection The Mare’s Tale, depicting the experiences of his father as a small boy terrified by the Mari Lwyd, and his 2018 collection of screenprints tracing the story of Sir Gawain and the Green Knight. Clive has come to be known as one of the ‘most individual and complete artists of our time’, with Robert Macdonald hailing him as ‘one of the most powerful figurative painters in Wales today’.

Hallstatt Lecture – Professor Miranda Aldhouse-Green
1pm Wednesday 21st August
Dreams, Divination and Devotion:
Exploring the Ancient Druids of Britain and Gaul
For this year’s Hallstatt lecture we are pleased to be joined by the archaeologist and academic, Professor Aldhouse-Green, who will be delivering an illustrated talk exploring the role of the Druids in ancient Gallo-British society. The talk will focus particularly on the Druid’s principal function: using arcane ritual practices in order to act effectively as intermediaries between the earthly and spirit worlds. 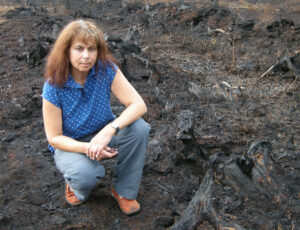 Aldhouse-Green is a former President of The Prehistoric Society, an international learned society devoted to the study of the human past from the earliest times until the emergence of written history. Her research interests are largely based in Iron age, Romano-Celtic, and particularly Gallo-Roman iconography, and sacrificial activities. Universities UK cited Aldhouse-Green’s research into understanding the Celts as one of the ‘100 major discoveries, developments and inventions,’ by academics throughout the UK to have transformed the world in the last 50 years, and we are thrilled to be hosting her at this year’s Machynlleth Festival.