The Centenary exhibition from The Society of Wood Engravers. The Society exists to promote wood engraving, but also embraces all forms of relief printing. 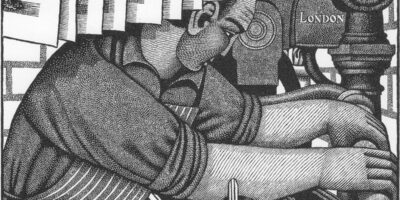 This is a special year for the Society of Wood Engravers as they celebrate their Centenary.

The society was founded in 1920 by artists including Eric Gill, Gwen Raverat, Robert Gibbings, Philip Hagreen and Lucien Pissarro. A break during the war years and then again in the 1970s meant that the annual exhibition ceased for a time, hence this being the 82nd show. Since the revival in 1984, the SWE has built a reputation for excellence, attracting exhibitors and collectors from around the world.

The Society exists to promote wood engraving, but also embraces all forms of relief printing, which makes this show a fascinating and affordable collection of images inspired by a wide range of subjects.