Christopher Mike: From Dawn to Dusk 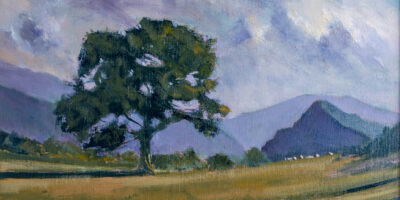 From North Wales to the North Pole, Christopher Mike is an adventurer at heart with a deep love of nature. His work is defined by his passion for life and a relentless desire to capture the unique atmosphere of a particular moment. He paints mainly on location from direct observation.

In this series, he has concentrated on the untamed and beautiful Welsh coastline close to his Aberdyfi studio. All of the subject matter is centred on locations within thirty miles of MOMA.  The majority are painted ‘en plein air’ in oils, with occasional finishing touches in a studio environment at a later date. A theme that runs consistently throughout his work is the effect of light and how this often changes the way in which we see the world. The influence of Joaquín Sorolla, whom he greatly admires alongside several other impressionist masters, has been a key inspiration and can be seen in his ability to capture both light and movement.